Since 28 of October this year, Europe has a new 9º Dan in Goju-Ryu. It is with great pleasure that we inform that Hanshi Jaime Sequeira Pereira, from Portugal, was graded to this highest qualification by Hanshi Kiichi Nakamoto (Okinawa Dento Karate Kobudo) , probably the last remaining student of Chojun Miyagi Sensei.

An active member of our movement since its beginning in Europe and an active member from our members in Portugal, Hanshi Jaime Pereira is one of the oldest masters of Okinawa Goju-Ryu outside Japan, a well now master around the World and ever since Sensei of our President, Humberto Nuno de Oliveira.

EGKF and WGKF extend their congratulations to Hanshi Jaime Pereira  for this huge success and  wish him all the best. 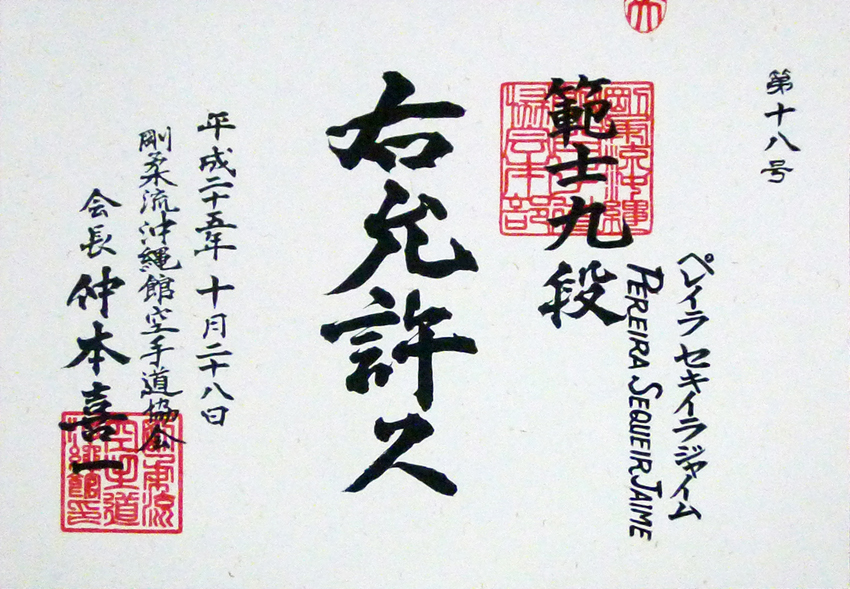